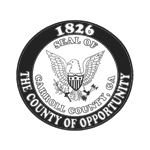 Early Life
Chief William McIntosh, Jr. was born the son of a Scottish Captain in the British Tory Army around the time of the American Revolutionary War and a native Creek Indian woman belonging to the influential Wind Clan of the Creek Nation.

Treaty Negotiations
During his lifetime, the chief would be directly and indirectly involved in many treaties negotiated on behalf of the State of Georgia, the U.S. Government, and the Creek Nation as well as military engagements brought about in some cases as a result of those associations.

At one of these treaty negotiations, he made a trip to Washington, D.C., where he met and talked with then President Thomas Jefferson on behalf of the Creek Nation while standing in for an ailing Speaker of the Creeks. He made a favorable impression on Jefferson and helped to further the view that he was well versed in the politics of both worlds, native and non-native. 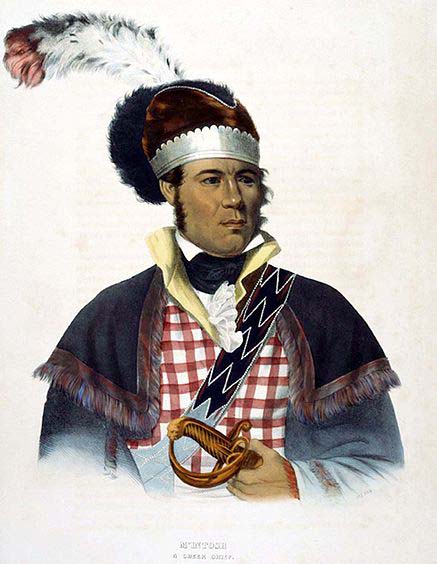 Creek Indian War
During the Creek Indian War of 1813-14, McIntosh distinguished himself under the command of another future President, Andrew Jackson, at the pivotal battle of Horseshoe Bend in what is now Alabama.

Influential Connections
McIntosh was not only well connected at the national level of U.S. society, but also at a state level. His paternal cousin George Troup had been elected Governor of the State of Georgia on the platform of removing all Native Americans from the same.

He showed little concern for the effects this policy may have on Chief McIntosh and unfortunately for the chief, as his reputation grew in both societies he became more entangled in the national and State of Georgia policies of the day concerning the eventual removal of all native peoples from the southeastern United States.